Fiat Chrysler Automobiles has pledged to hire Detroiters and invest $13.8 million in community improvements, education and workforce training as part of a planned $2.5 billion investment in its Jefferson North and Mack Avenue assembly plants.

A citizens advisory council on Wednesday approved a community benefits agreement with FCA that commits more than $35 million in investments to the neighborhoods surrounding the two FCA plants, with the city of Detroit contributing $17.4 million and $4 million coming from federal and state sources.

The largest chunk of FCA’s pledge is $5.8 million toward workforce development and a commitment to give Detroiters priority for the 4,950 jobs that would be created through converting the two Mack Avenue engine plants into a Jeep assembly plant and modernizing the Jefferson North Assembly Plant.

Detroiters will be allowed to apply for jobs at the two plants “in advance of the general public,” according to a document presented at Wednesday’s advisory council meeting.

“These commitments that make jobs available first to Detroiters and (gives them) access to the workforce programs so they can take those jobs is probably one of the more important parts of this unprecedented package of benefits,” said Arthur Jemison, chief of services and infrastructure for Mayor Mike Duggan.

FCA has committed $5 million toward education programs aimed at developing its future workforce, including $1 million to start a manufacturing career academy at Southeastern High School, a block from the Jefferson North complex.

The Auburn Hills-based automaker also will donate $500,000 to the Detroit Promise scholarship program and establish a partnership with Wayne County Community College District to create an automotive manufacturing co-op program where students will go to school three days a week and work in one of the FCA plants two days a week, Jemison said.

“This is probably one of the more important partnerships in this program,” Jemison told Crain’s.

FCA will donate another $500,000 to the Grow Detroit’s Young Talent program, which funds summer jobs for thousands of Detroit teenagers.

Jemison said the hiring priority commitment by FCA and programs to develop a pipeline of workers for the two assembly plants is “game changer” for the nearby east-side neighborhoods that suffered from years of blight and abandonment.

“What’s great about this investment and this (agreement), these are the kinds of jobs that many Detroiters will be able to access immediately with just a little bit of training,” Jemison said.

The community benefits agreement calls for FCA to donate $1.8 million toward a grant program for homeowners on Beniteau Street to apply for grants to pay for sound-deadening insulation, siding and windows to minimize their exposure to noise from the Mack Avenue plant.

“The biggest piece that the (advisory council) wanted to ensure is that those residents abutting the plant on Beniteau … can insulate those homes from the noise, the traffic that they’re going to face,” said Henry Williams, a member of the neighborhood advisory council who lives in the nearby Jefferson Chalmers neighborhood. “That was very important for us to do.”

At the request of residents, the wall will have ivy growing on it — “to have some greenery to suck some of that pollution out” — all the way to Southeastern High School, where there will be space for murals to be painted, Williams said.

“It’s better than a plain wall,” said Williams, 48, a Southeastern High graduate and deputy director of the Michigan Gaming Control Board.

FCA’s plans to open the first new assembly plant in Detroit in a generation hinges on the Duggan administration securing 200 acres of land surrounding the sprawling auto assembly complex on the city’s far east side.

In late February, Duggan agreed to a deal with FCA to assemble the land within 60 days. The city is acquiring the land through property swaps and taxpayer funding.

After the city reached land deals with Hantz Farms, DTE Energy Co. and the Great Lakes Water Authority, an 80-acre parcel owned by the Moroun family’s Crown Enterprises has remained the last remaining parcel to purchase.

Duggan said Thursday he was working to meet Saturday’s deadline as he cut out early at an event on the city’s northwest side.

“I’ve got a little Chrysler deal to get done,” Duggan said.

The community benefits agreement has to get approval from City Council to go into effect.

FCA is hoping to get City Council approval for the deal on May 7.

“We look forward to working with the community to realize the full potential of this proposal, which will provide $35.2 million in support for neighborhood improvements, housing, workforce development, education and training programs, and environmental initiatives,” FCA said Thursday in a statement. “This investment is above and beyond the $2.5 billion the company plans to invest in its manufacturing facilities and the creation of 4,950 new jobs in Detroit.”

The Michigan Strategic Fund’s board has not yet scheduled a meeting to vote on a still-undisclosed tax incentive package from the Michigan Economic Development Corp. for FCA’s planned $4.5 billion investment across five plants in Southeast Michigan.

“We continue to work with both the city and the company in relationship to trying to get that project across the finish line,” MEDC CEO Jeff Mason said last week in an interview with Crain’s. 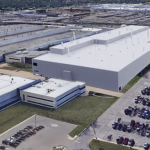 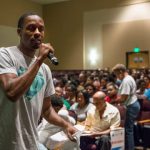